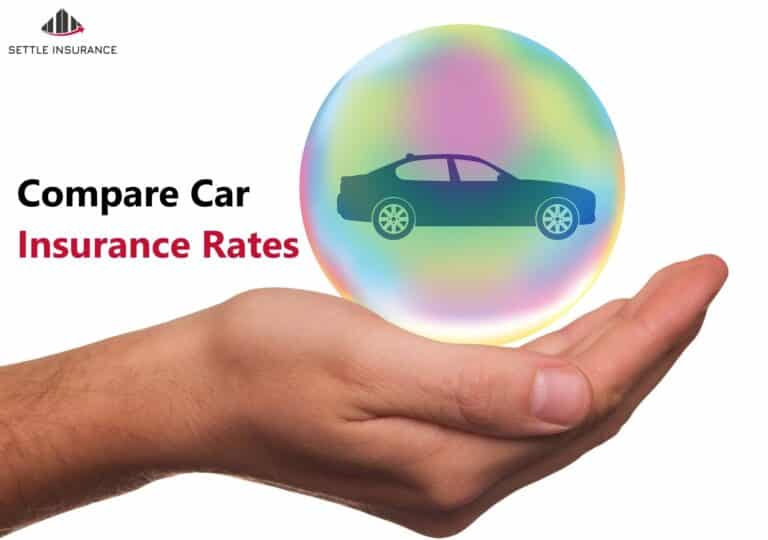 Comparing auto insurance quotes can help you determine if you’re getting the best deal possible. It’s critical to know the difference between car insurance quotes and rates while shopping for vehicle insurance.

Your auto insurance prices are generally determined by several personal characteristics, including your driving record, age, credit history, vehicle, and the risk evaluation of your area, in addition to the type and amount of coverage you choose. Insurance companies’ weighting of these attributes affects your premium. Having a limited driving history or a poor credit score, for example, might significantly increase your rates.

Why insurance comparison shopping is important

There are many ways in which auto insurance companies underwrite policies. This means that the vehicle insurance rate you are given may differ from a quote you received from a competitor. However, you should expect one of the key factors evaluated to determine how much you’ll pay to be your specific driver profile.

Car insurance quotes can fluctuate depending on trends in the broader insurance industry, further complicating issues. Because there are so many factors at play, comparing vehicle insurance prices from a variety of companies is the best approach to discover car insurance.

While shopping around can help all drivers find affordable auto insurance, it is mainly beneficial for individuals with a bad credit history or a poor driving record. Even for the minimum coverage required by your state, rates for such drivers are already higher on average.

Car insurance companies can offer a wide range of rates. Of course, price isn’t the only consideration you should weigh when selecting a car insurance provider. If a low-cost auto insurance provider does not provide the coverage you require, it is not a viable choice. The most expensive firm, on the other hand, isn’t always the best. Below we have created a list of car insurance rates.

Allstate customers should expect to pay $1,787 on average, which is nearly 35 percent more than the national average premium of $1,320.

Apart from USAA, which only offers coverage to those with military ties, Geico has the cheapest national average premium of $1,099, which is nearly 39% less than Allstate.

Since 1927, American Family — or AmFam — has been a part of the insurance market in some form or another. American Family is now one of the top ten auto and home insurance companies in the United States. It has policies in 19 different states.

According to our research, American Family is one of the most costly vehicle insurance providers in the country. Only Allstate and Farmers are more expensive, at $1,788 and $1,635 respectively, across all demographic categories, with an average annual rate of $1,451. The $1,451 annual premium charged by American Family is around 10% higher than the average price charged by all of the vehicle insurance companies in our analysis.

Your credit score can have a significant impact on how much you pay for vehicle insurance, frequently affecting premiums as much as your age or driving record. According to our research, drivers with bad credit who are insured by American families pay an average of $2,348 per year, while those with fair credit pay around $665 less, or $1,684. Drivers with good credit pay $1,451, saving almost $1,000 per year compared to those with poor credit.

Farmers Insurance was founded in 1928 by partners John C. Tyler and Thomas E. Leavey, who went door to door marketing insurance products to rural farmers, whom they considered as posing a smaller risk than other clients. The Farmers Insurance Group, based in Los Angeles, developed out of their humble beginnings.

Farmers’ average rate is 87% greater than USAA’s. Farmers’ rate is 24 percent higher than the national average among the firms we evaluated, at $1,321 per year.

Farmers’ average annual premium for drivers with a strong credit rating is $1,632. For driver profiles with bad credit, the amount increases upto $2,522.

USAA is a Top Car Insurance Company for this year. Of all the firms we looked at, USAA has the lowest average representative rate. When it comes to client friendliness, this insurance business once again came out on top among all of the companies we evaluated. More than 80% of USAA customers who claimed in the last five years said they were entirely happy with the company’s claim filing process. According to our research, USAA is by far the cheapest of the major auto insurance providers we rank, with an average annual rate of $875. In addition, among all the firms in our rankings, this rate is 40% lower than the national average.

Drivers with a clean record have a representative rate of $875, according to our research. Average premiums rise to $1,048, $1,219, and $1,661 for drivers with the one speeding violation, one accident, and one DUI, respectively.

According to our research, USAA is the cheapest vehicle insurance provider for practically everyone.

Above we have compared the rates of top auto insurance companies of the nation. Among all, Geico provides the most affordable rates after USAA which is limited only to military personals.